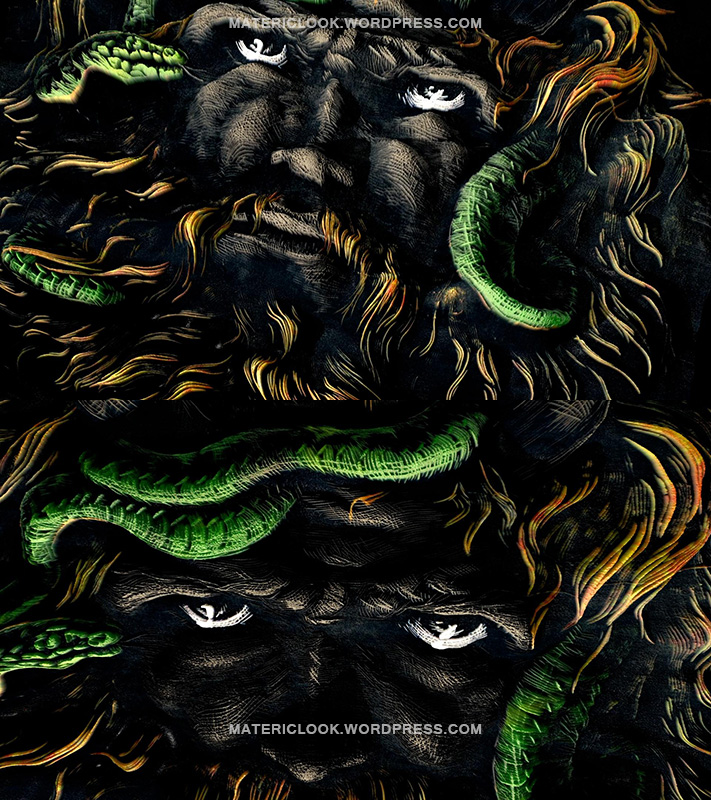 Some stills of another work in progress. The original artwork is “Autoritratto satanico” (satanic self-portrait), a xylography by Sandrun (nom de plume of Franceschino Barbera, 1927-1970).

I’m going towards the production of a work (or series, maybe?) that will capture and exalt the great eyes and gaze, while adding some dynamic elements and a gritty, materic look.